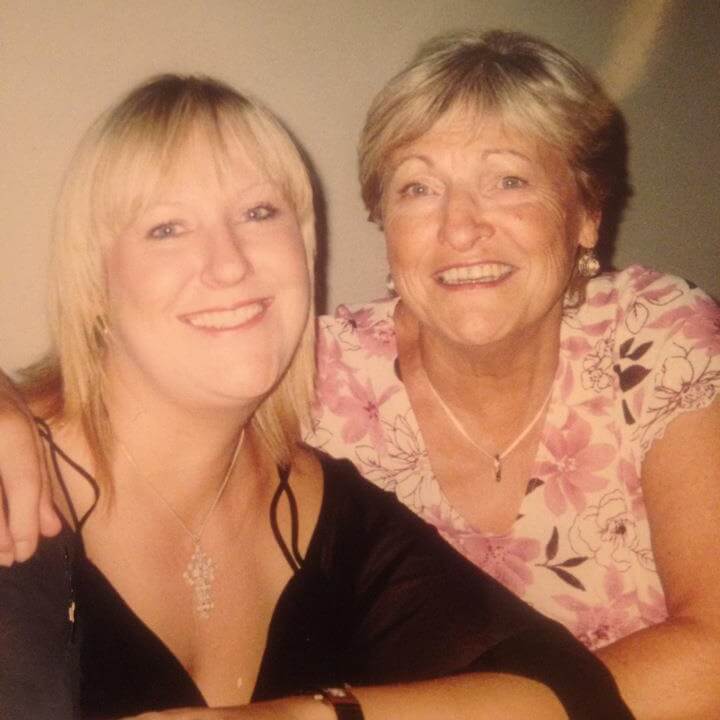 A few people have asked how Kim knew that the medium she went to see was the real deal.  So I’ve asked her to write a few words about her experience.    Over to you Kim.

Thanks so much Theresa.  I hope that this helps people to understand why I had complete faith in Michelle.

There were tons of things that she said that confirmed this for me. Obviously some of these are very personal and intimate, but there are a few significant things that I’d love to share with you

While my sister (Lisa) and I were waiting outside the shop, I started rubbing my legs as they went really cold from the knees down. They were ice cold, and felt like there was no circulation in them at all. It felt bizarre.

We were called in to see Michelle and she told us that mom had recently passed over due to cancer and that she was no longer in any pain and she said that as she was new to the spirit world, that she would identify herself to us in the only way that she could. She went on to explain that when mom was around us, we would feel extreme cold in our limbs! Can you imagine the look that my sister and I gave each other?

That was the first thing. Lisa and I both wear rings. Michelle said to me that Mom was really pleased to see that I was wearing her rings. She didn’t say that to Lisa and Lisa was wearing rings too.

Michelle said to us that mom said that we should carry on talking to her. The only difference now is that we can’t see her. This is just a lovely thing to hear. Imagine losing your mother and being completely heartbroken, and then being told that she is still around you. What a rollercoaster of emotions. It just lifted my heart so much and made us both feel so much more at peace.

One of the final things she said was thank you for the freesias. Now this was again very significant to us, because on the day of mom’s funeral, we took some freesias to the undertakers and he put them in mom’s coffin. Now Michelle never said thank you for the flowers, or the roses or the lillies. She was quite specific and said freesias!

We both came away feeling a great deal of peace and comfort from our visit. There was no doubt I my mind whatsoever that Michelle was the real deal. I was desperate to go back as I felt that this was now a way of me contacting mom and I booked an appointment for 3 months later.

Those three months passed quite quickly and it was soon time to go back. The night before I sat on the table in my lounge, picked up a photo of mom and warned her that I’d be devastated if she didn’t come back and talk to me again. I felt strangely apprehensive because I knew I’d had contact with her once and was scared that I was going with high expectations (even though I tried not to build my hopes up).

The day before I went, I had found out that I was pregnant and only myself and my partner knew. We did note tell a soul. It was most unexpected and we were just trying to digest this information ourselves. I saw Michelle the following day, it was an appointment that had been booked for a while. The first thing she said was that mom was really excited that I was coming back to see her and that she had tried to think of something wonderful that she could give me as a present. She decided that the one thing I wanted more than anything else was something that she could give me and that was the gift of a baby!   I think that’s why I wrap my son Ollie in cotton wool and treasure him so much. I see him as a gift from my mom. And could there really be anything any more precious than that?

She also told me that mom was watching me when I was sitting on the table talking to her, and she wanted me to know that she would always find a way to get to me.

There are so many things that have happened since I’ve been going to see Michelle. Far too many to list here but from time to time if you’d like me to I’m happy to share a few of them with you.

If you have similar experiences to share, that confirmed that the medium you went to see was the real thing, it would be lovely to hear them.