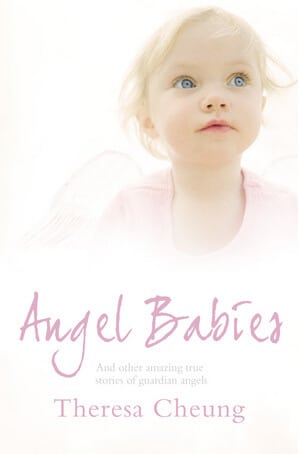 A Cape of Warmth 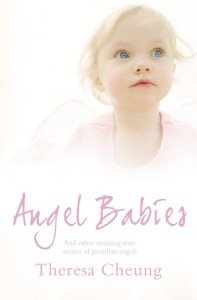 I first knew Theresa when I read one of her books and I got in touch with her by email and was added to her mailing list.  One day I got an email to say that she was writing a book called Angel Babies  and she was asking for stories.  I sent her a story which I thought she might like and was delighted when it got published in the book (page 191).   I’d like to share that story with you.

A Cape of Warmth

We lost my mom to cancer a year before my son Oliver was born.  I had never felt her loss so badly as then and so wished that she was around to share him with us.

When Oliver was three months old, he had to have a hernia repair operation.  It was a minor operation to everyone else, but I was worried sick.  However, it all went to plan and he was in and out of theatre within an hour.  I was so relieved when we went to fetch him back from the recovery room.

We stayed at the hospital for a further few hours to make sure he was fine and when the time came to leave, my partner went to fetch the car.  I was just waiting with Oliver, who was in his pram, in a corridor when I felt what I can only describe as a huge ‘cape of warmth’ wrapped around my shoulders.  It made me feel protected and safe and gave me the feeling that from now on Oliver would be fine and watched over.  I’m sure that Mom was putting her arms around us both to give us a big warm hug to say that everything was OK now, which is exactly what she would have done had she been around.  It was a truly amazing experience.

I love to think that my mom is around both Oliver and I and I really do feel that she protects us.  One night a few years ago Oliver was waving at something in my doorway.  I looked and there was nothing there. When I asked him what he was doing, he said in a matter of fact way “I’m just waving at Nanny”.

Whilst half of me was a little spooked, the other half of me thought how wonderful it was that if he really could see her.  It brought a tear to my eye either way!

I’d really love to hear your experiences of your little ones who have been touched by angels in heaven, or whether you have an angel here on earth.  Please do email me on angelbabieskim@gmail.com