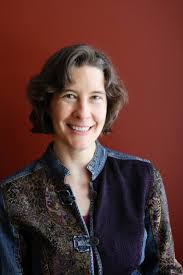 Dr Julia Mossbridge, M.A (neuroscience), PhD (communication science & disorders), is visiting scientist and director of the Innovation Lab at the Institute of Noetic Sciences (IONS), the Founder and Research Director of Mossbridge Institute, LLC, a Visiting Scholar in the Psychology Department at Northwestern University, and the Science Director of the internet startup Focus@Will: music to improve concentration.

Her major research interest is to understand how time is perceived by the subconscious and conscious mind but her passion is to bring soul into science and encourage everyone to discover their own inner wisdom. She is the author of Unfolding: The Perpetual Science of Your Soul’s Work (New World Library, 2002) and her next title to be released in August, 2016 written with her colleague Imants Barušs, is Transcendent Mind: Re-thinking the Science of Consciousness.

Working alongside IONS Science Director and author of Supernormal, Dr Dean Radin, Dr Mossbridge belongs to a new generation of scientists bridging the gap between science and spirit. I was lucky enough to catch up with this visionary woman in February 2016, to discuss her ground-breaking research, the work of the Innovation Lab at IONS, the role of women in science and current attitudes among scientists about the study of the paranormal.

What was the catalyst for your interest in the paranormal?

I think the term paranormal is a misnomer, as for me there is only psychology. Let me explain. If you went back in time to the Middle Ages and showed them a mobile phone they would say that was paranormal but, of course, it isn’t. So, for me, studying the paranormal is the work of trying to understand what science can’t currently understand.

Having made that point, I can think of a moment that was a catalyst or I found my calling as a scientist. I was about 11 and I began to notice that I was having dreams, about simple everyday things, like a friend being off sick from school or homework a teacher would set, but sometimes these simple things happened the next day. I was fascinated and the budding scientist in me wanted a record, so I started to write down my dreams in a journal every morning. I noticed that a lot of my dreams, like falling off a building or arriving at school naked, didn’t come true but others did. I began to recognise what characterised dreams that were precognitive as compared to other dreams. Then I began to think about the nature of time.

I didn’t really think I would take it any further but in my early 20s when I was in graduate school, I was strongly drawn back to those childhood dream memories and my dream journal. It dawned on me that my scientific interests had always centred around time, or temporal questions in some way, and because every experiment you can imagine involves time, the world of scientific research was an open playing field for me. I also discovered a passion within me for bridging the gap between science and spirit or the known and the unknown.

Where did this desire to bridge the gap between science and spirit come from?

I think my passion for finding a common ground between the inner and the outward life came from my childhood. My mother was a therapist – so all about the inner state – and my father a physicist – so all about the external, what is observed. Therefore as I was growing up I was always caught between those two voices – the external and the internal – and instinctively I understood that they needed to balance, not oppose, each other.

Please could you tell me about your main interests now?

Sure, my major interests are time and the nature of the conscious and unconscious minds. I guess among non-scientists I am most well-known for my contribution to the development of the Choice Compass app, which is an app to help people learn to get in touch with their internal physical states (in this case, their heartbeats) in order to make better life choices. The research related to that app is ongoing. The more I have worked in science, though, the more I begin to see my role as a scientist who turns the spotlight on what is going on inside a person. If I see scientists coming to conclusions based only on observing external data, I am the voice for also studying the internal world. And the reverse is true as well.

Science often lacks soul, which isn’t surprising as until recently it has been a very male-dominated profession and for better or for worse, most Western men have been trained to talk about only the “objective” externals and dismiss the importance of the inner world. The inner world is more the world where women feel at home. Some scientists, both men and women, can be obsessed with getting things right all the time but in order to progress scientifically we all need to become more comfortable with the unknown.

Well, maybe. It’s a theory of mine. I think women in science are opening up the boundaries previously set and increasingly drawing attention to the importance of soul and spirit in our work. I hope to write a book about the role of women in the development of science, at some point – or maybe not just women in particular but femininity in general. I think there is a whole new generation of scientists out there who refuse to be restricted by the way things were. They are willing to open their minds to studying and valuing the unexplained, and I think a lot of these scientists have more feminine traits than ever before, regardless of their genders.

You must get your fair share of criticism within the world of science?

The results of my research challenge the currently accepted scientific world view, and a lot of scientists like to think they are right and so, of course, my research is criticised. It does not faze me, though. In fact, it inspires me, as trying to understand what is seemingly not understandable is what created every great scientific leap in history from working out that the earth is round, the sun and not the earth is the centre of the solar system, the subconscious mind exists, and so on.

Please tell me about the Innovation Lab work at IONS?

The work of the Innovation Lab is currently focused on developing experimental technology to make what science has discovered about the unexplained accessible and easy to incorporate into daily life. We hope to develop IONS apps for mobiles to enable people to experience personal transformation and self-transcendence and to work with corporations and other non-profits. The idea is that our message about consciousness transformation has the potential to become truly global.

Are you developing apps focused on precognitive dreams given that was such an early interest of yours?

All at idea stage now and not in development, but Dean Radin and I are looking at creating an app to record the dreams of large numbers of people to see if future events can be predicted. I am also toying with the idea of an app that encouraged people to record their dreams and then match them up according to similar dream symbols as discussing similar dreams a great way to break the ice when you meet someone new.

Is there anything you can say to my readers who have had paranormal experiences and want to understand them better?

Sure. To sit with the unknown is the job of a scientist, and anyone who is on their spiritual journey. There is a desire within not just scientists but each one of us to always know the answers, because when we know all the answers we think we will be safe. And if we don’t know the answers we think we are not safe. I think it is just the opposite. When you just let go of the need to always know the answer you are in fact safe because you accept the truth, which is that you simply can’t know everything. The most accurate description of the human experience is to ‘not know.’ Letting go of the need to understand and always know the answers is spiritually transformative. Unfortunately, we teach science at school as if it is all about knowing the facts but not knowing is the true state of awareness because as soon as you know something, you have another question.

So, my advice is to relax and enjoy the not knowing as that is the only state when you are truly honest – truly yourself.

What impact would you like your research and the work of the Innovation Lab to have on the future?

I’d like my research and work to encourage more women and people with feminine traits to go into science. I believe that is the way forward for science, as the nature of the feminine is to turn the spotlight on the importance of the inner world. I would like to see my research help bridge the gap between science and spirit. As for the Innovation Lab, I would like to see the technology we produce doubling the amount of time people spend doing self-transcendent practises (actions that connect us with something beyond ourselves) within the next five years. This is critical, because we know that if people perform self-transcendent practises they actually benefit themselves physically, mentally and emotionally, as well as benefit others. So we are working toward a world where more and more people are connected with their bodies and their inner wisdom, feeling more clarity, vision, and connection, and using these feelings to help others.

How exciting. I think you have the best job in the world. I hope your vision for the future becomes a reality.

Thank you, but it is not just my vision – it is shared by others at IONS, and we are all working hard to make that happen. You are right! I do forget sometimes what a fascinating and rewarding job I have. Thank you for reminding me.

For further information about Dr. Mossbridge and the work of IONS check out: